or How Writers of Historical Fiction Are Easily Distracted

One friend of mine who writes historical fiction is incredibly disciplined.  He sets himself 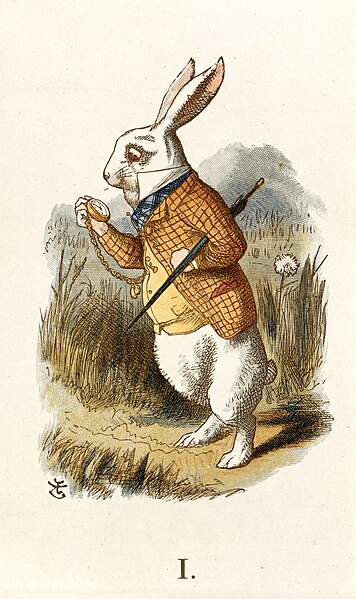 a schedule for completion of his work and sticks to it.  He even has a system to deal with rabbit holes, which can be a downfall for almost anyone, but especially for those who want to write accurately about the past.

So what is a rabbit hole? I can explain this by using the internet as an example. It is the phenomenon where you read about one thing, see something interesting and follow that link and then another until you wasted too much time and have drifted far from your original topic.

The piece I am now writing takes place in the early 1900s. One character returned from a trip to Pittsburgh with her father where she shopped. Was Kaufmanns’ in business then? What would her father do? See a baseball game? What about the Pirates? What was their season like?  Where were they playing? Oh, Honus Wagner was on the team that year, and I am down a rabbit hole learning about baseball history.

One recent rabbit hole took me into automotive history. I considered having one of my female characters get a car, but discovered that automatic ignitions did not exist in 1907.  I knew she wouldn’t get a car she had to crank. She will wait until 1912 or later before getting her car, and even then, I will have to decide what type of car she would get.  Consider writing a book set in the present day.  Does the character drive a Prius, or an Audi, a Bronco, or a Maserati?  Writing that someone got into their red Mustang reveals much about that character.

Next to my computer is a copy of the Sears 1908 catalog. It has proven helpful in giving me the name of pieces of furniture and accessories found in a house of that era. I don’t want to go into too much detail, but the engagement ring from the Sears catalog is a nice touch during the proposal.

Sometimes I look at lists of world, national, and regional histories—including old newspapers from the Library of Congress.  The fellow writer I mentioned sets a timer and only allows himself twenty minutes to search the papers.  Me? I read the advertisements, reports of social events, and the more serious news. Although for some communities, who was visiting from out of town was serious news. The next thing I know, time has gone by, and while I might have learned a great deal, I didn’t write a word.

Yet, often in my forays down the rabbit hole, I find a tidbit which makes a chapter and my characters come to life. It links their fictional world of more than one hundred years ago to us.

In the opening chapter in Princess to Prioress, Adele does needlework. That required me to find out about needles in the eleventh and twelfth centuries.  Most readers probably wouldn’t think about the material a needle was made from. They would imagine the needle in their sewing kit, but when they read a bronze needle, it takes them to a different time and place.

I love rabbit holes. I just need to get better about staying too long in that wonderland of information that exists at my fingertips in books and online.

After a career sharing her love of history with middle school students, Kathleen Fair is now pursuing new challenges in retirement. Her first work of fiction, Princess to Prioress, was released in June 2019 and is available at Amazon in paperback and as an E-book. Hell Hath No Fury--the story of two women and one scoundrel--was published on October 15, 2021. She is now working on a book about the 40th Anniversary of Trinity Presbyterian Church in Surfside Beach, South Carolina. Another work of fiction entitled Whiskey Run is on hold for now. View all posts by Kathleen Fair

One thought on “Rabbit Holes”